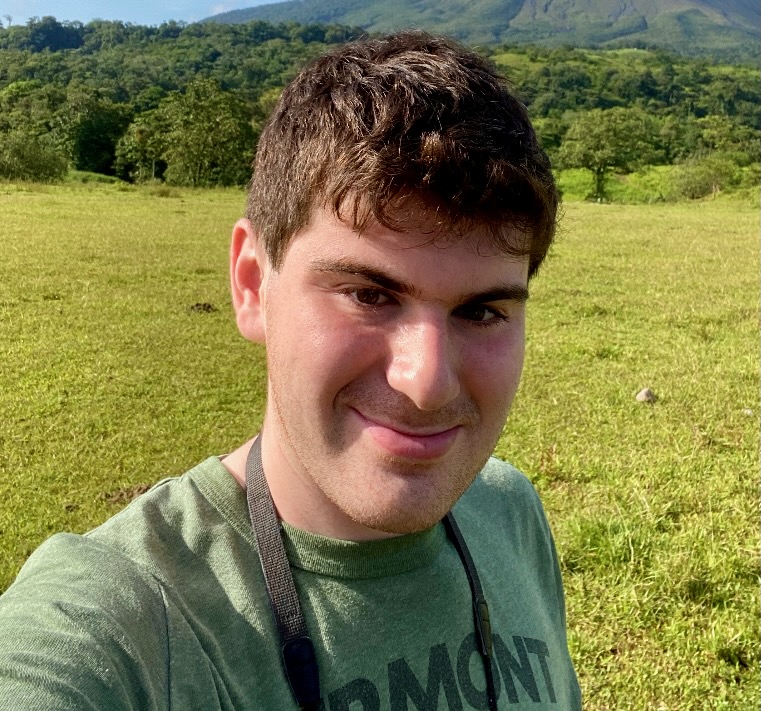 Jordan grew up in New York City, New York, where he fell in love with birding when he saw his first red-tailed hawk at a local park. He wondered what other wildlife could be found in such a built-up place, and birds were the most prolific. Over the years, he became a well-known fixture of the local birding community. As he learned about the threats that birds face, such as climate change and habitat loss, he gained an interest in conservation and volunteered as a seasonal Discovery Guide at the Central Park Zoo during his high school years. Both interests, as well as ecology, propelled him into his studies at the University of Vermont, where he graduated with a Bachelor of Sciences degree in Environmental Sciences and a minor in Wildlife Biology. He also earned honors through his undergraduate thesis research, which focused on breeding bird species richness in different-sized forest patches in Burlington, Vermont.
When not working, Jordan can often be found birding in the mornings and admiring other creatures he finds along the way. On the side, he likes following college sports, especially basketball. He also is an experienced drummer, having spent his college years in the University of Vermont Pep Band, where he gained many friends and went to many exciting events, including March Madness.